By law your car insurance has to cover the other person if you're deemed at fault for an accident, meaning you should get familiar with the word liability if you don't want to be a criminal. This is the cheapest option, but can land you in hot water pretty quickly if you damage your own car. So you might want to consider additional coverage so you still have a means to get around should your car be stolen, vandalized or involved in a major collision. 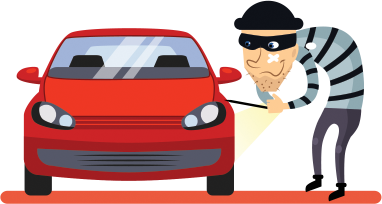 If you leave your $3,000 laptop in your car and it's stolen, then you'll need comprehensive coverage to get any money back for that. If you want to borrow a car, your insurance may cover their car, too (commonly known as, “your insurance covers you as a driver rather than the car”, though even that rule gets compromised.)

For example, if you have liability insurance only, borrow a friend's car and drive it into a ditch, you're out of luck to fix that damage with insurance money. However, if you drive it into another car, your liability coverage will kick in for at least the other party. Bodily injury is generally covered whether you own the car or not. 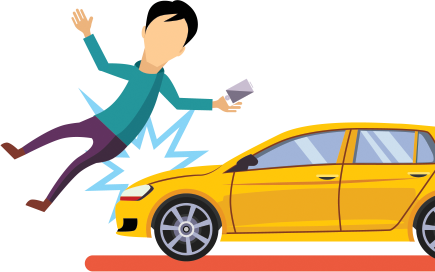 What Does Full Coverage Not Cover?

It's annoying to see full coverage and then find out that full coverage isn't real. It typically doesn't help with medical payments for bodily injury for the other party, or if your health insurance won't pay. It generally doesn't cover emergency services if you run out of gas or payment for damaged custom parts (e.g., aftermarket rims.) If your car is in the shop, a rental car will be your responsibility. There are ways to purchase additional coverage if you want these benefits, but it'll cost you. 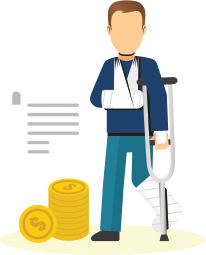 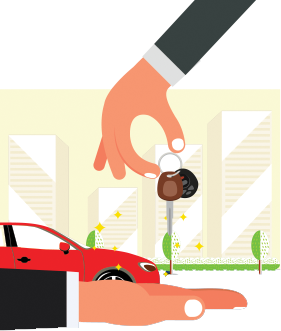 Are My Friends Covered?

If your friend is named on your insurance policy, meaning their record has already been checked out with your insurance company, then they're covered with the same benefits as you. If your random friend borrows your car with your permission, it's normally your insurance that's on the line as the primary coverage — meaning you're liable for whatever they do. Your insurance will likely cover them if they make a mistake, or if your friend has insurance, their policy might cover some of the damages as well.

Permissive use is defined differently in each state, and some states give limited coverage to people who aren't specifically named on the policy.

Different policies have different terms, but this fact will mean nothing to you when you're extremely drunk and your sober best friend is giving you the option of driving you home or taking a smelly bus. For that reason alone, it's best if you check out your policy beforehand to see what's covered. 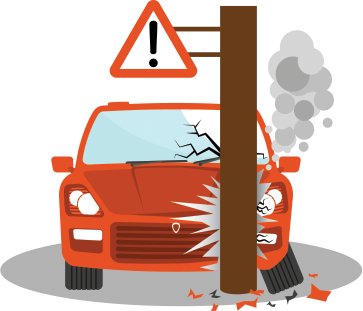 Comprehensive coverage will likely cover you for windshield cracks, but it again depends on your policy. In this case, you would file a no-fault claim, which means that your premium will stay where it is. But it normally ends up not being worth it since deductibles are often between $500 – $1,000 and a windshield replacement will usually run you less than that.

Windshields are kind of a big deal, so certain states (e.g., Florida, Arizona) play good cop and actually waive the deductible cost if you have comprehensive coverage. Other states, like New York, play bad cop and fail you during your annual inspection if you have any cracks in the windshield.

Here are some common questions around windshield cracks and insurance.

Will my insurance cover a windshield that has been damaged
from stray rocks/gravel/debris that were kicked up by other
(evil) cars and trucks?

Under most circumstances, no. It's particularly infuriating because one tiny nick or chip can end up stretching the full length of your car. Anything on the ground is considered a natural road hazard, even if the material only touches the ground for a second. So if a small stone falls from a truck to the ground and bounces back up to hit your car, then it's technically not the truck's fault. If you can prove the truck overloaded their bed with gravel, then you could possibly file. Or you could have a claim if the rock falls directly from the truck onto your car (which basically never happens.) 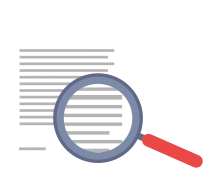 The problem is that it would be difficult to both collect information about the other driver while on the road, as you would need to take a photo of their information and then later track them down. No matter what, we recommend you get repairs done the moment you see a nick because they have a tendency to get out of control pretty quickly.

Are there products that can prevent
these dreaded chips in my windshields?

Yes, there are products that claim to prevent chips. But while the windshield protectant products on Amazon claim to resist it all, their statements are not exactly backed up by solid evidence. Plus, they're neither cheap nor easy enough to apply to necessarily warrant your own personal experiment into their efficacy. Reviews are mixed, but the consensus seems to be that even a small rock hitting your windshield at 75 miles an hour won't benefit from these products and their "advanced technology."

How come my windshield cracks, but my windows shatter?

Your windshield has a lamination layer that is sandwiched by two pieces of glass, which is stable and thick enough to hold the glass together even under the pressure of huge cracks. Without that lamination layer, you could be subjected to flying glass shards in your face on the freeway after just one rock hits the glass (sorry for the visual.)

Can't I just repair the chip?

The word repair just sounds so much cheaper than the word replace, doesn't it? But in reality, there is no such thing as fully repairing a nick. You can prevent it from spreading, but it will still leave a mark. If you have a leased car or want to sell your car later for full value, you don't want the glass to look distorted or damaged. Also, if it's on the driver side, then it becomes a safety issue as it will affect your line of sight. However, if it's on the passenger side, the damage is small (e.g., less than the size of a dollar bill), and you're not particularly concerned with resale value, then you can repair the chip. Depending on your coverage, your insurance company may cover the cost.

Some states require insurance companies to waive the deductible fees (because typically the cost will be less than that of your deductible.) If you're going to get it repaired, do not delay! You get in the car one day with a teeny tiny chip at the top of your windshield, only to find the crack has blossomed into a daddy long-legs by the next morning.

But Seriously, Do I Really Need
to Replace My Windshield?

In most cases, you really do. Large cracks mess up your visibility on the road, and they protect you from the worst-case scenario. Your windshield is pretty important, and if for some reason your car rolled over in a ditch or on the highway, it's the glass that accounts for 70% of the car's stability. You don't want that thing collapsing in on you, and cracks mean collapse (well, not all the time, but do you really want to take that chance?)

We know you're not planning to roll your car over, but are those things ever really planned? As stated, ridiculously small cracks that can be repaired are fine, but we don't recommend going any further beyond that. 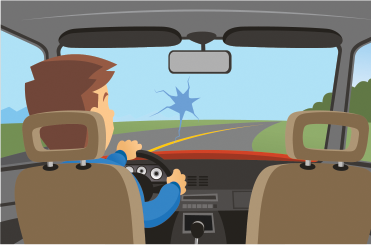 Sorry buddy, insurance is really meant to insure you in accidents or uncontrollable events, and these costs fall under a very different category.

If you hit a deer on the road or a branch falls from the sky on your car, then comprehensive coverage will likely cover you for the mechanical repairs (not necessarily the full cost of the body work.)

If you run into someone's house when you're trying to avoid a stray cat, you'll be covered under the property damage limits on your policy. 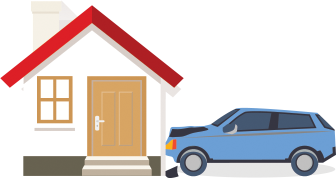 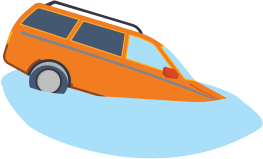 If you hit a pothole, you won't get much empathy from your insurance carrier (or the help will be extremely limited.) Certain states have different rules, so you may want to do some extra digging on your policy.

As you might imagine, this gray area has caused some problems as laws try to keep up with technology and fail miserably at it. Now Uber has made it so that the company kicks in supplemental insurance, which means that you have your own insurance plus additional coverage once you have the app on and start accepting riders. When you turn off the app and cease being an Uber driver, the insurance kicks back down to just your own. 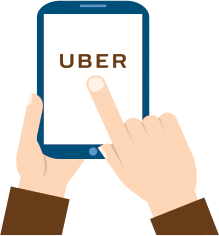 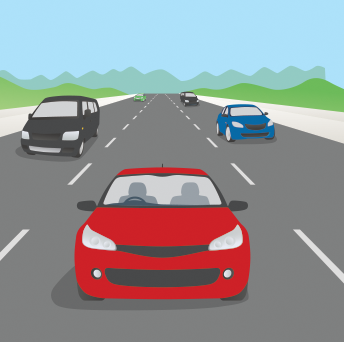 You're more likely to break down on the side of the road during long car trips, and this can get tricky if there is no mechanic within a few hundred miles. Your insurance transfers from state to state, but your benefits don't kick up just because you're on the road for 6 days straight. Unless you get emergency roadside service on your policy, then you're out of luck. Best to stick with AAA for that kind of stuff (though they have their own towing limits that can get fairly expensive… you know, hypothetically speaking.)

Comprehensive coverage generally covers things like hurricanes, flooding, fire or tornados, but liability won't. Also, when there's a huge event that affects a lot of people in your area, insurers have a tendency to get a tad stingy and unresponsive when working with the last person who filed for a natural disaster claim rather than the first. So don't delay a claim when your car has been damaged in a catastrophe.

If you can damage it, there's an insurance policy that can cover it. Carefully evaluate your risks and exposures and discuss with your insurance agent before settling on a specific policy.

Glass.net is owned by Safelite AutoGlass and may recommend Safelite locations.

Other companies featured on Glass.net may provide referral fees that could affect their placement on the site.