Glass.Net is here to help customers in Decatur, Alabama, replace or repair cracked or damaged auto glass in an affordable manner. With our easy-to-use two-step system, we can help you find the lowest prices from the most reputable auto glass specialists.

Thankfully, windshield replacement in Decatur has never been easier for you as a Decatur resident. And it's a good thing too, because a cracked or damaged windshield can be dangerous for both you and your passengers. Even more, it's entirely possible that driving with a damaged windshield in Alabama is against the law.

At Glass.Net, we help you find local automobile glass shops whose technicians can perform the following windshield services in Decatur, Alabama, on your car, truck, van or SUV:


Benefits of Using Glass.Net to Fix Your Windshield in Decatur, Alabama,

How much it costs to service your car's windshield or other broken car glass in Decatur, Alabama, depends on several variables such as:

Curious about auto glass repair quote statistics for Decatur? We’ve compiled these from our current quote data at Glass.Net. You can find this in the tables below. 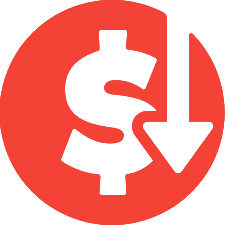 Decatur, Alabama, automotive glass repair cost varies by vehicle type and the type of window being repaired. Using our proprietary data, we calculated the past year’s average cost of car window repairs in Decatur, Alabama, for foreign vehicles versus domestic vehicles and trucks/SUV’s. We display this data by window type in the chart below.

On the x-axis are different types of windows and on the y-axis, the average cost of repairing them in US dollars for the past year. As indicated by the colors, quotes vary between domestic vehicles, foreign vehicles, and luxury. Windshield Replacements for 2018 Jaguar XF 4 Door Sedan were the most expensive type of auto glass repair overall in Decatur, Alabama,, which typically costed an average of US$612.53 in the past year.

Curious about how much other Glass.Net customers are paying for auto glass repair in Decatur, Alabama,?

Below are some recent auto glass repair and replacement price quotes for Decatur, Alabama, via Glass.Net. These estimates have been given to customers in your area from local car glass repair shops, for their specific vehicles and auto glass damage. This includes car side window repairs ("Door"), front windshield and rear window.

(We reprint these reviews as we received them–typos, caps, and all.)
Kia Optima Windshield Replacement
5 5 1

The Best!! The lady at the office gave me a quote and told me the service man would call me by 10:30 and he called before 10:30 and told what time he would get here and arrived a little before the time stated. His name was Tony, and he was super nice. He did an excellent job! I will call them for all my auto glass needs. Safelite had told me it would be 2 weeks before the could come to my house for the repair, then texted me that if I drove to Huntsville they could do it at the shop 2 days later. My driver side window was shattered which made it unsafe for me to drive because it already had a large crack. I was throughly impressed by the service I received from Tony at Glass America. Plus they were cheaper. They have earned my respect for their friendly well run business. 2003 Kia Optima | 4 Door Sedan