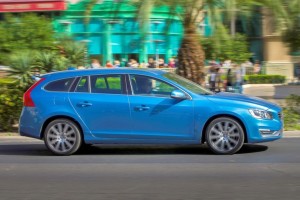 The Volvo V60 is a recent addition to Volvo's lineup. Manufacturing first began in 2010; however, the vehicle was not available for purchase in the United States until 2014. The design for this five-door wagon was based on the S60 large family car.

The V60 is available in regular design, R-Design and as a cross country model. There is also a plug-in hybrid model of this vehicle, which was first released in 2011 and was the world's first diesel hybrid car. The 2011 Plug-in Hybrid won Middle East Motor Awards' 2011 Car of the Year Award while the 2013 Volvo V60 Plug-in Hybrid was one of the top three cars of the year according to World Green Car of the Year.

How much does it cost to replace glass on a Volvo V60?

The cost of replacing your Volvo's Auto Glass depends on a number of factors, including:

Next Page
Get A Quote Now
Comments and Problems