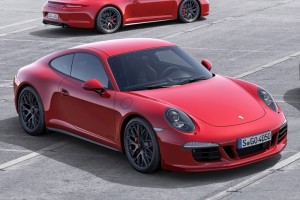 The popular Porsche 911 is a two-door, 2+2 high performance sports car made since 1963 and traces its roots back to sketches drawn by Ferdinand "Butzi" Porsche in 1959. The Porsche 911 was developed as a more powerful, larger, more comfortable replacement for the Porsche 356, the company's first model. The 911 has spawned many variants over its long production history and, according to author Tony Corlett, has been said to have saved the company from extinction.

Porsche's 911 has been officially named by the Technischer Überwachungsverein (Technical Inspection Association) as Germany's most reliable car.

In 2015, Car and Driver named the Porsche 911 "the best premium sports car on the market."

How much does it cost to replace glass on a Porsche 911 Carrera?

The cost of replacing your Porsche 911 Carrera's Auto Glass depends on a number of factors, including:

“The people started on time, finished on time, charged the estimated amount and were nice to work with. ”

“Price was substantially higher than internet quote ? Was for a sportscar. Otherthan price, installer did a very good job.”