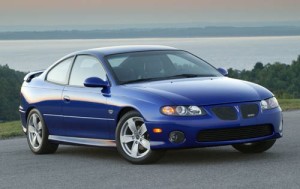 Pontiac introduced its iconic muscle car, the GTO, in 1964. This model was produced by the car maker until 1974. The GTO is widely considered to be the car that started the muscle car craze that continues to this day. Awarded the distinction of being Motor Trend's Car of the Year in 1968, the GTO went through a number of redesigns throughout its run. Thirty years after its first production line ended, the Pontiac GTO was reintroduced as a third-generation, rebadged Holden Monaro to the United States market. More than 40,800 cars had been produced by the end of its production in 2006.

How much does it cost to replace glass on a Pontiac GTO?

“Very professional and would recommend to anyone.”