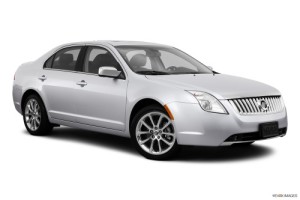 The Mercury Milan, named for the Italian city of Milan, is a mid-size sedan that was based on the Mazda design. This sedan is a twin of the Ford Fusion and is available in six packaged variants and as a Hybrid gas-electric vehicle. It also features the first six speed automatic transmission in the medium car class.

In November 2006, Consumer Reports ranked the Milan among the most reliable family cars available in the U.S. In the years 2008 & 2009, it ranked the lowest TGW ("things gone wrong") in midsize car category.

The Milan ended production during the fourth quarter 2010 along with the rest of the Mercury brand.

How much does it cost to replace glass on a Mercury Milan?

The cost of replacing your Mercury's Auto Glass depends on a number of factors, including:

“Very prompt, even came early. Did a great job cleaning up the broken glass.”