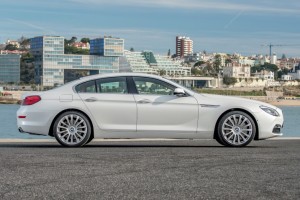 The 6 Series released in 1976 as a replacement for the 3.0CS and the 3.0CSi. Its design incorporated concepts from the first generation 7 Series. For 14 years, BMW stopped producing the 6 Series. However, in 2003, product resumed with the E63 and the E64 convertible and coupe. The M6 is BMW's highest performance model in the series. The third generation models appeared in 2011 and had the same engine as the F01 and the F10 of the 7 Series. BMW debuted the four-door coupe known as the Gran Coupe in 2011 as well.

How much does it cost to replace glass on a BMW 640 Gran Coupe?

But what we can do is share with you some of the quotes customers like yourself have recently received on mobile windshield replacement.

Get A Quote Now
* required