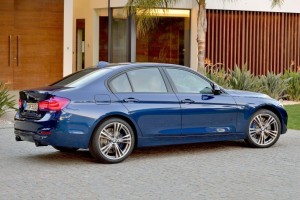 The 3 Series was the successor to two-door models. It was created in May of 1975. It's actually BMW's best-selling model. In fact, its revenue accounts for about 30 percent of BMW's auto sales. Today, the 3 Series has a two-door convertible, five-door touring, five-door hatchback and a four-door sedan. The coupe and convertible models are no longer part of the 3 Series. Car and Driver magazine named the 3-Series as one of the ten best a total of 22 times between 1992 and 2014. Other awards it won come from Grassroots Motorsports magazine and Top Gear magazine.

How much does it cost to replace glass on a BMW 335 GT?

Next Page
Get A Quote Now
Comments and Problems